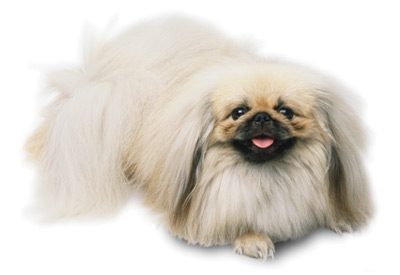 How to make friends and influence enemies….

I was reminded of this story by my French teacher who is currently in Germany and blogging her life and travels.

When taking the plunge and deciding that you want to “down scale” and move into something smaller, always consider the risks, or complexities of living close to your neighbours.  This is a tale of two delightful couples.  One set, full of joie de vivre, not to be stressed by body corporate rules and the suchlike, and my neighbours across the road, the other couple, restrained, beautifully spoken, he, often referred to as “an absolute gentleman” and my neighbours next door.

One Friday night, both couples had been entertaining, and were mutually seeing their guests to their cars.

As was the pattern, across the road the labradors were performing loudly inside, and the little scruffy dog (from no specific lineage) was out on the road with his owners joining in the goodbyes and hilarity. Next door, from dimmed chandelier lighting and classical music, out swaggered the prize Pekingese, head held high with his owners to kiss elegant goodbyes.

Well festivities came to an end when the mongrel and the Pekingese regarded each other.  The usually friendly mutt and the well mannered prize Pekingese launched themselves at each other, each gallantly trying to protect their people and properties.  The unusual viciousness and violence totally took the Pekingese by surprise, so much so, that out popped his eye.  This unfortunately is not the end of this sad tale, because in full view of all, with the now screeching pedigree and owner, the mongrel stopped in his tracks, stared at the Pekingese and in what seemed like a slow motion movie, sniffed the eye and popped it into his mouth to be gone forever.

I will not go into too much detail here, but you can imagine, thousands of rands in vet bills that the jolly fellows across the road paid with alacrity.  Their remorse was palpable, they seemed to arrive home quieter and the labradors even seemed to stop barking,  both homes just seemed so quiet.

My story is not over.

Play it forward a few Fridays, both neighbours were entertaining.  Life and soul had returned to our complex.  Cars were coming and going and parking in undesignated places, the labradors were back to rejoicing and little mongrel dog had been swanning around for a few days, looking into various homes and pooping here and there.

Noise spilled outside as front doors opened to let guests leave.  Music still playing loudly in one, and sedately in the other. Yes both lots were leaving at the same time. Déjà vu, mongrel spots Pekingese, hysterical barking, fighting, screaming, eye pops out of unstitched eye, mongrel……yes he did………he ate the other one.

Once again, vets bills, apologies, flowers.  Nothing has seemed to mend the rift this time.

One is only reminded of it on my neighbours nightly walks with his blind dog.